The Brotherhood of Lies and Abuse

The Brotherhood of Lies and Deceit: Feher Codrut Alin and Dumitriu Claudiu Lucian

As promised, I will start a series of revelations about the abuses and misinformation campaign started by the ever-fighting ”soldiers of justice”, these „Joan of Arc” as some may call them, Feher Codruț Alin and Dumitriu Claudiu Lucian, the heads of the Alliance for Combating Abuse, against our association. 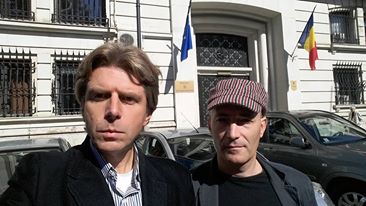 I wonder where I should begin, among the huge pile of lies they spread about D.P.M.P.A., ever since the association was founded.

To keep a certain amount of order, I will start with the first lie they spread: the one about our association’s name („The Direction for Monitoring and Protection of Animals”). In every post these two have written, they claim that we assumed the term „Direction” illegally. Nothing could be further from the truth, as our association’s name has been legally approved by the Ministry of Justice in the file no. 94608/11.02.2011 (photo). As such, this name was not „abusively claimed by Barbulescu”, but legally obtained. However, if you can discredit an animal protection organization that’s incompatible with your plans, why not do it?

Going on in the same style, the two claim that the 10 „city halls” have illegally formed an association in order to solve the stray dog management problem, when supposedly only public services are allowed to handle this problem. This, again, is a lie. As you can see, according to the final court decision from the Brasov County Court of Justice no. 13098/197/2011 (photo 1, photo 2), the 10 administrative units have formed a quorum in accordance with the law and our association’s purpose has been approved by the same sentence. For those of you unfamiliar with the legal procedures, before approval, the necessary documents are reviewed first by an attorney and then by a judge. If they notice any stipulation that is not in accordance with the law, they entail its removal and reanalyze the documents afterwards. I mention this so that it’s understood you can’t put just about anything as an association’s purpose.

In the same fashion, the two brazenly claim that the association is „illegally” taking stray dogs off the streets in order to „incarcerate” them in the „extermination station in Codlea”. In fact, through the same court decision mentioned above, the Brasov County Court of Justice approves as the association’s purpose the management of stray dogs on the territory range of its members. As such, the association has both the right and the legal obligation to remove the stray dogs from the territory of member administrative units and house them in its own shelter.

Moreover, Feher Codrut and Dumitriu Lucian show their pleasure at soiling the association’s name, by always using phrases like „extermination station” and „death camp” when referring to our animal care center. Is it really so?

If you watch closely (photo), you will note that this center is in fact one of the few specialized shelters in Romania, made by European standards, and benefits from better housing conditions for dogs than some of us have for our pets at home, from a veterinary clinic with the layout of a true hospital where a young team of doctors perform their daily activities, veterinary assistants and caretakers – everything such an establishment should have, if it has been planned, raised and managed by a person with experience and a huge ambition to prove that even in Romania you can achieve something like this if you put your mind to it, our General Manager, Barbulescu Flavius.

If you don’t already believe that the two individuals, Feher Codrut and Dumitriu Lucian, are frauds, and everything they said about the association and its general manager are nothing but lies, I will make one last argument, which should be enough to prove my point, even without everything I mentioned ealier: the association „Directia pentru Monitorizarea si Protectia Animalelor” (The Direction for Monitoring and Protection of Animals) is the first and only such association in Romania  that has been certified by european standards for quality and management for the activities of animal protection and veterinary activities. (ISO 9001:2008 and ISO 14001:2004 certificates).

What do these certificates mean? Only that the association fulfills all the quality standards for its activities, animal protection and veterinary activities.

Could the two „professors of animal protection” have heard about such a thing? I wonder what training and expertise these two philosophers have that they just speak their minds about everything. But if we look at the opinions voiced by them, they never have any professional background or at least some official document backing them, they only accuse and  badmouth and spread false information and you don’t need expertise or professional training for that.

I can’t help but ask myself, and I don’t do it maliciously, if these two have any idea about all the work implicated in forming, editing, implementing and managing all the procedures by European standards. The answer most certainly is NO.

And it’s no surprise, seeing as how all their activity is resumed to destroying, discrediting, slandering and depreciating anything and anyone, while others give their all in order to build and achieve projects at the highest standards.

This is a pamphlet and should be taken likely.

Back to Blog posts